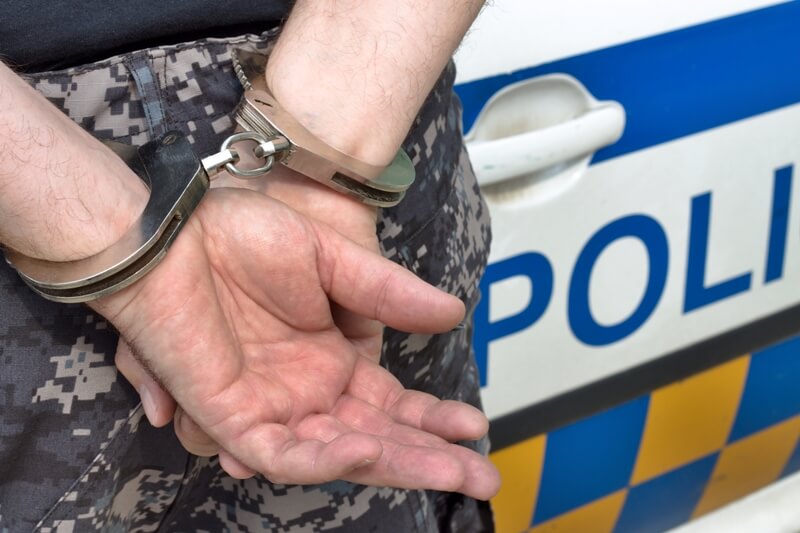 In 2012, Xavier Cruz and Rupert Laird had both become state troopers. Cruz was assigned to the Troop K Barracks in Colchester, while Laird was assigned to the Troop C Barracks in Tolland. Now both 30 years of age, and merely 5 years into their careers as policemen, they have been dismissed from duty and have been arrested for kidnapping and assault.

Their troubles began in the middle of February 2017, when they were having a party in the home of Cruz in the small and quiet town of Wethersfield, Connecticut. It was reported that the victim allegedly touched Laird’s girlfriend in a manner that he deemed inappropriate. What happened next was not something anyone would have expected. Especially for the victim who had no idea he had done any harm.

The victim, Mr. Felipe Figuero Garcia, says that they were all partying together, including the off duty police officers. They had gone to T’s Cafe and Lounge, in Hartford, but were not done drinking when the cafe and lounge closed at 3:30am, so they then decided to go to the home of Cruz in Wethersfield. Mr. Garcia admits to having flirted with a woman at the party, he admits to grabbing the woman’s buttocks, but he says that it ended there and that the party went on and the woman and Garcia no longer had any contact.

It wasn’t until many hours later, at about 8am, when Laird learned what had transpired. He threatened Garcia with a gun by pointing it at his chest while saying “you know I can kill you, right?” State Trooper Xavier Cruz stood by watching rather than doing anything to prevent the threat.

It was also at this time that the victim says that Laird asked Cruz to get something upstairs, and for Garcia to remove his glasses. Cruz returned with a police baton and they had then forced the victim to go to the basement and to remove all of his clothes, except for his underwear.

The attack began with a headbutt from Laird followed by repeated kicks to Garcia’s chest. After that, Laird started using the police baton on Garcia’s thighs and buttocks. During this whole time, Cruz just stood there and watched.

After roughly half an hour of this beating cycle repeating itself, Garcia was made to clean up the blood on the floor with a pile of napkins he had been given.

Garcia eventually went to the hospital when the pain from his injuries was too severe to deal with. It was at this point that a nurse reported that there was a victim of assault who was at the hospital.

Both policemen were arrested shortly after. Cruz and Laird were forced to surrender their weapons, badges, and patrol vehicles, while state police opened an internal administrative inquiry.

However, Cruz and Laird were freed via bail bonds from Wethersfield, CT for the price of $750,000 each. Both state troopers due to appear in court on September 25.

The charges against them are as follows.

There have been no further reports on the condition of the victim nor the current state of the 2 state troopers other than that they are under house arrest which means that they are not permitted to work.