Why Prison Is Not Always The Solution 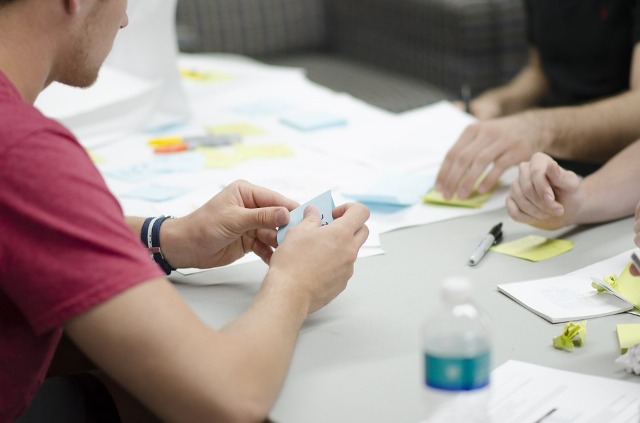 The law is always portrayed as black and white, and yet the people the law is designed to govern, and police are not all identical by any means. People can end up committing crimes for a multitude of reasons, and although there may be some perceived benefit to incarcerating them, prison is more about punishment than rehabilitation. Prison costs the authorities huge amounts of money which is why there is legislation covering bail bonds (say, in Derby, CT) and other solutions which enable people to get out of prison quicker.

Many people who end up in prison are in need of help and assistance, not punishment. Sometimes getting arrested might be a cry for help, it might even be a sign of desperation. There is a story of a 15-year-old boy, who was arrested for committing robberies. When asked by the police officers what his father felt about his behavior he replied: “My father is dead.” When asked what his mother thought about the situation he replied: “ My mother is an alcoholic and a drug addict, the only way my brothers and I eat is if I go out robbing.” While this does not in any way condone his behavior, it certainly puts the situation into a different perspective and got the police officer in question thinking.

There is a firm belief amongst certain members of the legal fraternity that at least part of the sentencing process should be targeted towards rehabilitation. By providing support, education, and advice, it is possible to transform an individuals life. Police officers and law makers need to understand that it is impossible to arrest your way out of a situation. Sometimes you have to think outside of the box and come up with creative and innovative ideas.

There are a number of sentencing alternatives in Connecticut specific to individual situations.

Part of the process of growing up is making mistakes and learning from those mistakes. There are many people who at the age of 16 or 17 may have committed an offense which ended up with them being arrested, For some young people they can feel that they have destroyed their entire life and future. Having received a criminal record their opportunities for future employment may be limited, and they may feel that as they have no future anymore, they may as well continue to commit crimes. The purpose of the Youth Offender system is to prevent this feeling of failure and offer hope for the future. Provided the subject is aged between 16 and 17 and has not been convicted of a felony, and has never been through this system before then Youth Offender Program may be an option. There are a number of benefits to this system

The Young Offender Program has been relatively successful and given many young people the chance to move forward and not have their life destroyed by one stupid mistake or bad choice.

In many situations, domestic violence turns into a cycle of arguments, violence and then forgiveness. When things have calmed down, the injured victim does not want their partner to be incarcerated and drops the charges. The suspect then returns to the family home, and all is well until the next argument. The idea behind the Family Violence Education Program is to try and break the cycle, by educating and working with both parties to resolve the issue. This is an innovative and forward thinking method of tackling the problem, rather than just punishing the offender.

The use of recreational drugs is an ever growing problem in our communities, and arrest rates remain stubbornly high. The drug education program was created to try and assist people caught up in the cycle of drug addiction. The program is available at the judge’s discretion to people who already have a previous drug-related conviction. To complete the program successfully, the subject must attend a number of drug education classes and complete four days of community service. The agency who provides the education program can also mandate drug treatment for a designated period of time. Upon successful completion of the course, the charges will be dismissed.

DUI is another serious problem within the Connecticut community, and the Alcohol Education Program is targetted specifically at drivers who have been caught driving under the influence of alcohol. A DUI conviction can be catastrophic to a person’s future; they could lose their job, their family home and even their freedom, due to one small mistake. By sentencing them to this program, the judge can provide the driver with a second chance. The program consists of a number of educational lessons, anywhere between ten and fifteen. Once the program has been successfully completed, the charges are dismissed. However, as with most of these alternative sentencing options, there are a number of precursors.

These are just some of the alternative solutions to prison that the legal system in Connecticut can enforce. Many people will feel that they are lenient and don’t properly punish the offender for their crime. On the other side of the argument, if the aim of the sentence is to prevent the offender from re-offending, then it may well be that prison is not the place to send them. For many people, prison is no longer viewed as a deterrent which is why the reoffending rates for people leaving prison are so high. On many occasions, prison may not be the perfect solution, particularly if rehabilitation is the aim.