Are Bail Amounts Set Higher For Minorities In New Haven? 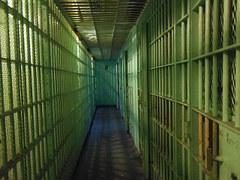 In the early nineties race was a heavy issue in the courts of New Haven, Connecticut and all across Connecticut courts in general. Research was conducted by the Stanford Law review which substantiated claims that race and sex were both issues when it came to setting bail bonds in New Haven, CT. According to the Stanford research, it was determined that bail for minority defendants, including black or latino defendants, was on average 70 times higher than their white counterparts.

According to New Haven Court of Common Pleas, black and hispanic defendants usually receive higher monetary bail and are less likely to flee than other races.

How Can we Fix these Issues?

There is no real way to solve race and gender issues indefinitely; however, there are certain strategies that have proven helpful when combatting these issues within the court system.

Some measures have been taken when it comes to bail bond law and discrimination. It used to be that in Connecticut, if the jailers, court, or judge had reason to believe that the defendant would flee before the appointed court day or could potentially be a harm to the city in which he lived, the bail bond price could be significantly increased to prevent the defendant from ever leaving the prison system in the first place.

However, it was determined that not all defendants were treated equally and the law was changed. This change allowed the bail to be raised to a “reasonable amount” to restrict flight risk but also allowed defendants to be released from the prison system.

Why do issues of race still exist?

Unfortunately, regardless of reason, these issues still do and will continue to exist.

These issues continue to this day, though we have no recent statistics stating the current percentages of arrests or prices of bail bonds set.

Regardless of the reasons for this discrimination, there are things we can all do to ensure that you receive a fair bond price.

Courts across the state are calling for reform of the bail system. One veteran bail bondsman pointed out that, when defendants are released from prison because too low of a bond was agreed upon, many take advantage and flee or commit violent crimes.

Despite the best efforts of all, these reforms have still not made it to the state legislature after 4 years. Unfortunately, it seems the Connecticut bail bonding system may not be getting the reform it so desperately is looking for anytime soon.