The Dangers of Prolonged Pretrial Detention 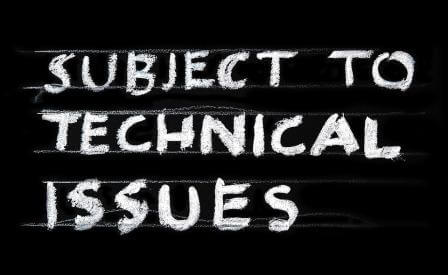 The story of Jerry Hartfield asks questions of justice in the American Justice system. Jerry Hartfield, was a black Texan who was convicted of the robbery, murder, and rape of Eunice Lowe, a 55-year-old white Texan who sold bus tickets at the bus station in Bay City, in 1977. His conviction was overturned three years later by a federal court, as a result of the fact that a juror, who had qualms about the death penalty, was excluded in the initial trial. However, Hartfield was returned to jail where he spent the next thirty-five years, expecting a new arraignment. It took the efforts of a fellow inmate in 2006, to bring attention to Hartfield’s case. Hartfield who had an IQ of 51, well below the 70-mark threshold for mental capability, had believed his detention was legally permissible.

Hartfield’s counsels made a case for him to be released on the grounds that he had been deprived one of his human rights; the right to speedy trial by the state of Texas. However, the courts ruled that Hartfield’s detention could only be challenged if a retrial acquits him of his crime. The retrial was scheduled for 2015, more than 35 years after his alleged initial crime.

Should We Reconsider How the System Is Working?

Hartfield’s case while bordering on the extreme, shows the menace and threat continued detention of inmates pose to the ethics of the American judicial system. There are approximately 730,000 people awaiting trials in American jails at any point in time. Most of these people will be arraigned in front of a court in a short time. However, the unlucky others could remain in detention for months and sometimes, even years. Most of these people are not financially able to post bail and are more painfully, unaware of their rights. It is ironic that the judicial system that ought to dispense justice for these people, dishes out physical, economic and psychological trauma instead.

Given the increased drive and awareness of criminality and social justice, the time could not be better to revisit the insensitivities associated with prolonged detention, especially of the minorities.

A Great Solution for Individuals Currently out of Funds

In the normal scheme of things, once an individual is arrested for an alleged crime, a court can decide whether to release him without bail, stipulate a bail amount to prevent him/her running away or deny him bail, in which case, he will be remanded in detention.

Bail can serve to prevent the accused from taking to his heels or trying to cover his footsteps. However, when it comes to bails, the minorities, the poor and the disabled seem to have the short end of the straw. It has been shown that the judicial system is disproportionately prejudiced towards the minorities. They are viewed as higher risks for flight and public threats and as such, the bail amount is usually higher to deter them from running away.

African Americans and Latinos are the major victims of this prejudice and on average, their bail amount is set higher or they are even refused bail. Demographic data also indicates that these groups together with the disabled are poorer and as such, are unlikely to be able to raise the high amounts demanded by the courts for bail.

A study carried out in New York in 2008 discovered that 39% of all pretrial detainees did not have the means to secure bail. A similar study in the same city in 2013 also showed that exactly half of the detainees could not afford bail less than $2,500. In county courts spread all over the nation, one-third of detainees who were awarded bail of less than $5,000 could not afford it.

Economic incapability however should not be used to explain away prolonged detention. Within the mid 1970s to the 1990s, the American judicial system performed a systematic clampdown on crime; this resulted in an increase in the number of jailed individuals. The rise in the use of incarceration to ensure law and order, has in turn led to lawyers and court facilities  been bedeviled by more caseloads than they can handle.

The US Citizens Suffer behind the Bars

The United States has a quarter of the world’s incarcerated people behind its bars despite accounting for only 5% of the entire world’s population. Between 1973 and 2013, the American prison population multiplied four-folds resulting in the judicial system producing slower results.

Remanding individuals in prison for prolonged periods before their trials, contravenes the constitutional right of such individuals to liberty and a fair hearing. We should strive to ensure that pretrial detention does not become a tool for punishing accused people. Extended and unwarranted delays between the time of arrest and trial, blurs the lines between preventing further harm by the accused and a form of pretrial punishment.

Pretrial detention shares very similar dangers full incarceration. It can cause wedges and rifts between family members, destroy relationships and loss of educational and employment benefits.

Defendants who are under pretrial detention face the same dangers, violence and health problems as people under full incarceration.

Kalief Browder was 16years old in 2010, when he was arrested for stealing a backpack and physically assaulting the person. His bail was set at $3,000; a sum that proved prohibitive for the young man.

As a direct result, Browder was remanded at Rikers Island to await trial. While waiting for trial, his case was treated with levity; the prosecutor asked for 31 continuances during the next three years. During these years he was the victim of constant physical abuse from inmates and warders alike. Three years later, he was released from Rikers, a beaten and defeated individual and in June 2013, he committed suicide after two earlier tries were not successful.

In cases such as Browders, prolonged pretrial detention can cause tragic ends. The U.S supreme court agreed in Barker vs Wingo that a large lapse in time between arrest and trial could undermine an effective defense. Fine details are often the margin between acquittal and conviction, and witnesses and the accused could forget important facts and sequence of events that could help a case.

In certain conditions, prolonged detention can railroad defendants into entering pleas of guilt, even when they are not guilty of the particular crime they are accused of. This permits callous prosecutors to inadvertently delay trials to extract pleas of guilt under duress from defendants.

The Speedy Trial Clause of the Sixth Amendment and the Excessive Bail Clause of the Eighth Amendment of the U. S offer protection for detainees who have been detained for prolonged periods before trial but the individual facts differ among case and are subject to judicial interpretation.

There is an increased drive among lawyers, human rights activists and judges to the suffering by pretrial detainees particularly after the Browder’s case as well as the Trayvon Martin, Michael Brown and Eric Garner cases. The harsh economic situation also means that government is trying to scale down the number of incarcerated individuals to decongest the system.

The renewed focus on irregularities in the system is fast yielding results in certain areas already. The Obama administration called for major reforms and an overhaul of the detention system. The use of bail has been stopped in some states and cities.

In maintaining the equilibrium between civil rights and public safety, federal judges are guided by the views and actions of the President, congress and public. The society as a whole is starting to realize that the rights to speedy trial is really being trampled upon by prolonged detention and the judges seem to understand the need to expedite justice.

Heartwarming as they were, it is almost impossible to guess to what extent the U.S Supreme Court will decide to change its ways based on the views of just two of its Justices. However, almost as a rule, Supreme Court justices do not usually air their views about matters that might end up before them. That this two did so, shows the level to which their discontentment must have been.

Revamping the bail system will not singlehandedly improve the judicial process. Reducing incidences of pretrial detention will not even prevent police brutality, excessive jail terms or reduce racial discrimination.

However, starting from rebuilding the bail system, we can progressively implement new policies that will ensure that our judicial system dispenses undiluted justice promptly to all in need, irrespective of colour, origin, physical abilities or financial capability.

Read our article on how celebrities manage to cope when need to get out of jail.