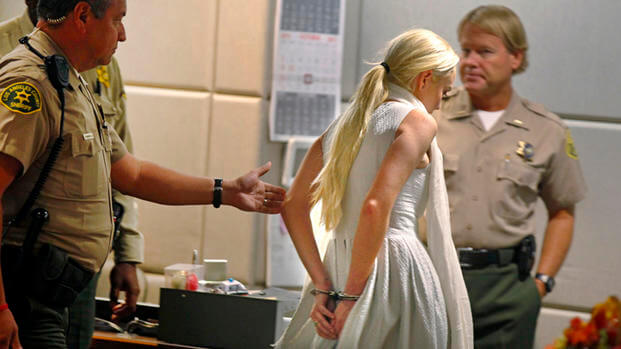 Being famous implies having sometimes special privileges that are not given to ordinary people. However, it is more difficult for them to get out of trouble when it comes to getting out of jail. Celebrities are known to earn more and to have access to financial and other resources which makes it harder for judges to ensure that they appear in court during the required date. Due to this fact, they require higher bails which resort them to hiring a bail bondsman to take care of their problems and avoid jail time.

The following celebrities are among the famous personalities who have paid higher bails just to take time out from jail:

In 2011, Academy Award winner Nicolas Cage was jailed in New Orleans due to alleged domestic violence, public disturbance and indecency. Cage was under the heavy influence of liquor and was arguing with his wife Alice Kim about their property. The heated argument resulted in Cage dragging his wife towards the rental property.

The actor allegedly started striking cars and wanted to get a taxi. The taxi driver sensed that Cage was heavily intoxicated so he refused to let him in and ordered him out of the cab. At this point, Cage started yelling which prompted the police to arrest him.

Cage had to reach his close friend, Duane Chapman, the “Dog Bounty Hunter,” who was actually a real bail bondsman. He posted $11,000 so that Cage could be rescued out of jail.

Lindsay Lohan of the “Mean Girls” was a popular starlet but she has been gaining headlines lately not because of her acting prowess but due to her legal and rehabilitation issues. Lohan had to hire a bondsman when she started experiencing minor issues which had eventually become more frequent serious problems with the law.  In 2010, her bail bondsman had always been ‘at the ready’ due to her repeated violations which made him post additional indemnity to keep her out of jail for a longer period of time. With his services, Lohan has managed to keep herself free until her hearing date. You can read about CT juvenile justice system by this link.

For many years, stand-up comedian turned actor Katt Williams has had various troubles with the law. Luckily, he had a reliable bondsman who always managed to help him out of those sticky situations involving legal issues. Eventually, those escapades from the law had proven to be very expensive for Williams.

In 2009, Williams was charged with burglary and his bail was set at $40,000. He contacted his bondsman who he has always relied upon every time he is in trouble. The bondsman posted the bail so that Williams would be released. However, he failed to pay the bondsman so he was arrested again. This prompted him to pay for his indemnity set at $10,000 — this time, without the help of the bondsman.

Real Housewives stars Giuseppe ‘Joe’ Giudice and his wife Teresa were charged in a 39-count indictment for conspiracy in committing the following fraudulent activities in 2005:

The two most serious charges that the couple faced was bank fraud and loan application fraud. These offenses carry penalties of $1 million fine and imprisonment of not more than 30 years. If both were found guilty, they could be in prison for more than 50 years.

Another problem was that Joe could face deportation to Italy as he was not a U.S. citizen, if he was found guilty of all the charges. With the use of bail bonds services, both Joe and Teresa were released after a court hearing on July 30, 2016.  The bondsman had to spend $500,000 for both of them.

Read our previous accounts about law and celebrities.

When you are arrested for some charges, the situation can become challenging and stressful for you and your family because while you are considered innocent until proven guilty, you need to post a bail bond to continue to be free while your case makes its way to the court. It is during this situation that the services of a bondsman are very important.

When you find yourself or your loved ones being charged for some crime in Connecticut, simply call our hotline at (860) 352-5195 and our knowledgeable and experienced experts will come to assist you out of jail. Our services are affordable and you can always depend on the bondsman experts of Afford-a-Bail.