White collar crime generally refers to crimes committed through deceit rather than violent acts. It’s largely motivated by financial gain. Fraud, including Ponzi schemes and information theft from credit cards, is one of the most common forms of white collar crime. In todays world, computers are more and more involved.

Bails for white-collar crimes are treated differently than other crimes due to the seriousness of the crime. Depending on the amount of money involved, the judge can set incredibly high bail amounts. This kind of crime can be prosecuted by the local prosecutor’s office, the district attorney’s office, and the federal government. 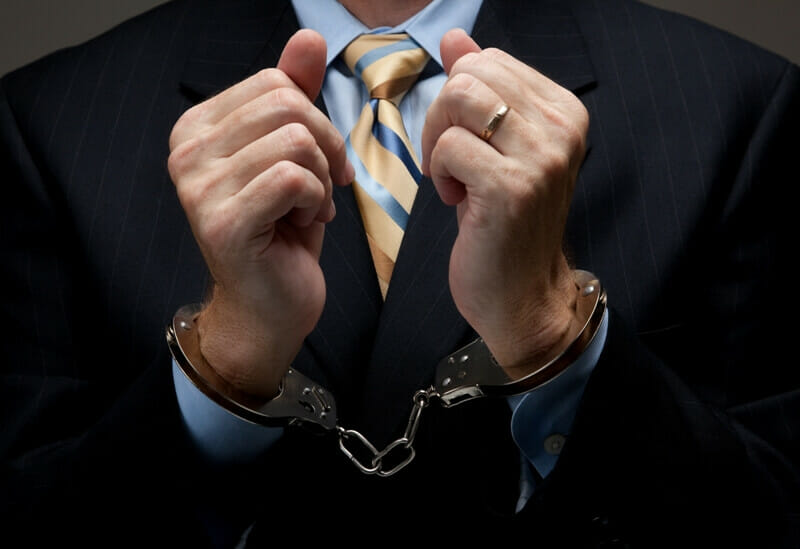 White collar crime can take a wide range of forms. Here’s an outline of the 5 most common types of white-collar crime:

There are many different forms of securities fraud. One common type is insider trading, where someone with information about an investment trades on that information, violating a duty or obligation. Another form of securities fraud occurs when you seek investment in a company by knowingly misstating the company’s well-being, finances, and prospects. Misleading statements in public reports from publicly traded organizations may also qualify as securities fraud.

This type of white collar crime encompasses the unauthorized use, tampering, or manipulation of a cellular device or service. It can be committed by either using a stolen phone, the offender signing up for service under a false identity, or the offender using an ESN reader to clone a valid electronic serial number (ESN) and reprogram another cellular device using the ESN number.

If you improperly take money from someone to whom you owe some kind of duty, you can be charged with embezzlement. The most common form of embezzlement is where a company employee siphons money from the company’s accounts into his personal account. A lawyer misusing his client’s funds also commits embezzlement.

What to Do If Arrested for White Collar Crime in CT

Bail amounts for white collar crimes can be hefty depending on the crime involved. You should engage a bail bond agency to expedite the process of posting bail so you can be released from custody quickly.

If you or your loved one or friend need to be bailed out of jail for white collar crime, call our bail bondsman in Connecticut 24 hours a day by clicking on the following number: (860) 469-4550.

For DUI charges, refer to the following page (click).