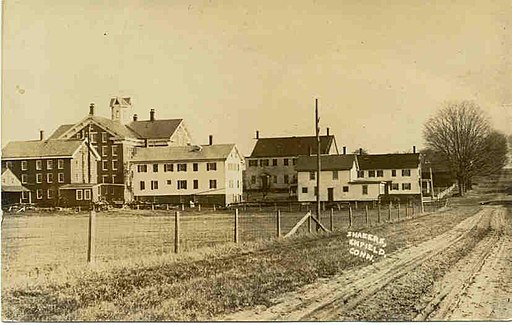 The town of Enfield, Connecticut is home to more than 44,654 individuals according to the 2010 census. All of these people are sharing a total of 34.2 square miles, 0.9 of which is a body of water, which makes for a slightly above average population density. A higher than normal population density is conducive to a high crime rate but fortunately for the Enfield townsfolk, the Enfield CT justice system is around to maintain peace and social order within the town.

The first arm of Enfield CT’s justice system is the Enfield Police Department. This is a CALEA-accredited law enforcement agency that works closely with residents and visitors in maintaining public safety. The EPD consists of several divisions that work closely together, using the latest technological advances in police equipment in order to serve the town efficiently. The entire department adheres to the guidelines of the Metro Traffic Services and the Capitol Region emergency Response Team.

Aside from the common Patrol, School Resource, and Traffic officers, the EPD also employs officers from the following divisions:

A fairly small division that comprises of less than ten officers, the Animal Control Division handles cases related to domestic and wild animals. They are the department that will handle cases pertaining to violation of animal control laws, and will also coordinate with the city pound and licensed veterinarians when taking animals into custody. The Animal Control division is closely affiliated with the Enfield Animal Shelter located at Parsons Road.

The EPD maintains a division comprised of several police dogs and their handlers. The unit is tasked with assisting the police with locating missing people, searching for explosives and contraband, as well as finding evidence in crime scenes. Due to the relatively low crime rate in Enfield that does not require a K-9 Unit frequently, the Division is given extra tasks related to public relations activities. They do live demonstrations to the public, if requested by a school or public institution.

The Records Division is the most service-oriented division of the EPD, handling direct communication from residents pertaining to the following:

The Detective Bureau has jurisdiction over cases that fall under Part A Category crimes. Crimes that are not part of this category but involve dangerous individuals and sensitive matters are also handled by the Detective Bureau.

Public Perception and Feedback on the EPD

A cursory check of the Enfield Police Department’s social media profile reveals that the EPD enforces the law without overstepping its boundaries. The reviews on the page include feedback from individuals who still admit to having pleasant dealings with the officers, despite being arrested or charged with misdemeanors. The EPD’s representatives are also active in responding to comments politely.

The comments on the Facebook page lean more towards the positive, and give readers the impression that the department is very friendly to residents. The residents themselves seem to know the officers, sometimes on a first name basis. Sometimes they can even help Enfield policemen find fugitives.

The Enfield Department of Correction

The other arm of the Enfield Justice System is the Enfield Department of Correction. In spite of the exceptional performance of the EPD, it is not realistic to expect that all cases will result in no one getting harmed or going to jail. In these worst case scenarios, the town has its own correctional facilities for sentenced offenders.

Situated in 289 Shaker Road, the Enfield Correctional Institution is a level 3 medium security correctional facility staffed by more than 200 people. In line with Enfield’s more community-facing initiatives, the ECI runs programs that prioritize rehabilitation instead of punishment:

Enfield’s Justice System is under the State of Connecticut Judicial Branch, which like most legal institutions in the developed world work under the principle of presumption of innocence until proven guilty. But similarly to the rest of the country, a person must be held in custody while the prosecution is ongoing. The bail system in the United States will vary from state to state, but an accused in Enfield is entitled to this system and can consult Enfield bail bondsman. He or she can legally avoid jailtime while waiting for the proceedings to conclude by paying bail.