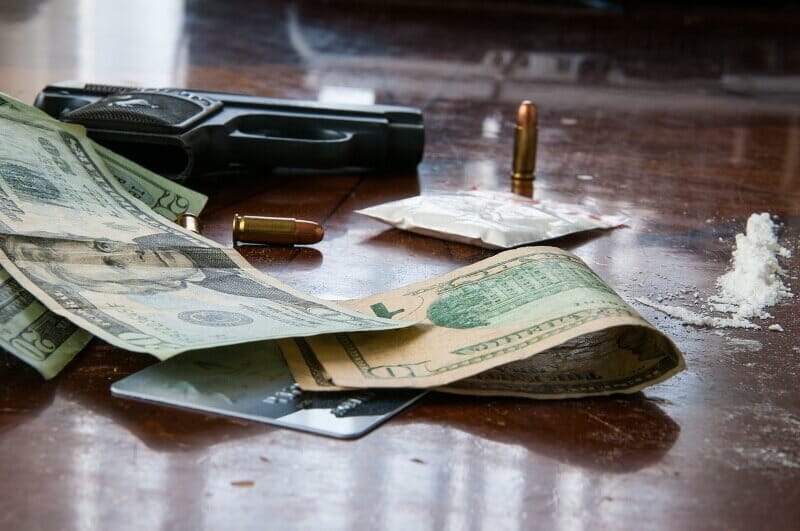 If you are found in possession of a large amount of drugs, such as multiple grams of crack cocaine, you are likely to be charged with conspiracy to distribute drugs. There are several other reasons that could put you at risk of drug trafficking charges:

Both federal and state laws apply when it comes to drug trafficking charges. Fortunately, when you are arrested and charged for trafficking, a bail bond can keep you out of jail as you await your trial.

There are several factors that influence the kind of punishment you’ll get for a drug trafficking arrest. These include the amount and type of drugs involved, the geographic area of distribution, and whether minors were targeted. Prison sentences for drug distribution and trafficking normally range from 3 to 15 years in prison. You could even get a life sentence if the offense is too grievous, thanks in part to minimum sentencing laws.

While you have a right to bail, drug trafficking bail bonds are normally set quite high – higher than if you are charged with possession. When setting bail for drug trafficking allegations, the judge bases his opinion on the arresting officer’s affidavit.

Bail bond for drug trafficking can be as high as $250,000. That means your relations will have to raise a premium of 10%, a $25,000 bond, through the bondsman. The bail bond amount can be even higher, up to hundreds of thousands of dollars, if you are a repeat offender. This can be attributed to the many cases of trafficking suspects fleeing law enforcement.

Why the Bail Amount Is So High

The bail amount is set so high to discourage high-risk offenders or those who are afraid of a year in jail, because there is no parole considerations for this type of charges.

It’s worth noting that the judge who determines the bail bond amount for drug trafficking felony is different from the trial judge. If you wish to have the bond reduced, you can file an argument via a criminal defense attorney to the bond judge outlining your reasons for such. The reasons may encompass your educational background, community ties, and whether or not this is the first offense.

Getting a Drug Trafficking Bail Bond in Hartford, CT

If you or a loved one faces a drug trafficking or distribution charge with high bonds, you need the services of a reputable Drug Trafficking Hartford CT bail bond agent. That’s where Afford-A-Bail comes in. Call us: (860) 469-4550.