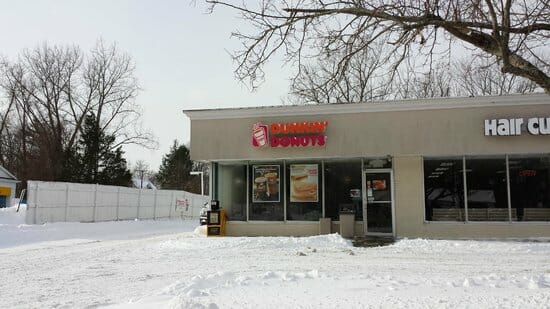 The Glastonbury, Connecticut Police have started their crack down on two men who have committed several burglaries throughout north central Connecticut. The police served a warrant of arrest for one of the suspects, 32-year old Manchester-resident Brett Johnson. It was reported that Johnson and a still-unnamed accomplice committed several burglaries in the area, with a very specific pattern—they were targeting Dunkin’ Donuts establishments exclusively.

Johnson was served a warrant for multiple charges, including 1st-degree criminal mischief and related conspiracies, 3rd-degree burglary and 3rd-degree larceny. He has also been charged in relation to the possession of burglary tools. The police was able to easily find Johnson and serve the warrant because the suspect was currently at the Manchester courthouse, where he is currently being arraigned for a number of similar burglary cases in other neighboring communities.

There are currently no further details on Johnson’s accomplice, but it is expected that his capture would give law enforcement agencies more actionable information. The Glastonbury police force are cooperating with police agencies from other areas that were victimized by Johnson, in order to facilitate the serving of arrest warrants on each state.

Should you find yourself or your relatives in trouble, call our Glastonbury bail bondsman – (860) 352-5196.