What Happens to Your Bail Money After You Post Bail? 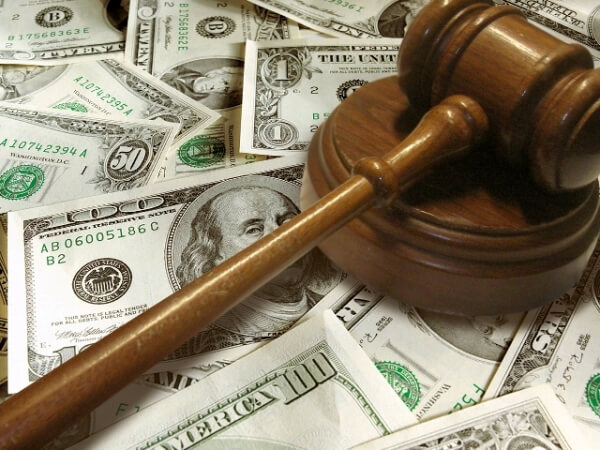 Whether you were arrested and released on bail, used your own money to bail someone out of jail or are simply curious, it is not uncommon for people to wonder whether or not you get your bail money back after a court decision is made. The answer is: it all depends.

First, it is important to understand the purpose of bail. According to the United States Constitution, everyone is innocent until proven guilty. This goes for the accused as well. Unfortunately, the justice system moves rather slowly, and once arrested, it can be months before a trial date is set and years before a decision is made. Without bail, individuals would have to sit in a jail cell until a decision was made, innocent or not. Therefore, bail, in one regard, exists to protect our rights as American citizens.

On the other end of the spectrum, bail exists to ensure that the guilty do not flee. The courts must assume that all accused are innocent, so they cannot rightfully keep them locked up. However, what happens when the courts let an actual criminal free until their trial date? They would flee. To prevent this from happening, the courts set bail as a precautionary measure to ensure that the accused return for their hearing. Without bail, they would have no reason to return.

In most instances, the judge will set bail at a monetary amount, but in the instance that a defendant does not have money or any income, the judge might ask for an interest in the defendant’s home, car or other significant asset.

In the event that defendant does not have any money or assets, the judge may consider letting them go on their Own Recognizance (OR), meaning that they trust the defendant to return to court for their hearing despite the fact that they did not place bail. The judge will likely only release a defendant OR if they truly believe that the defendant is neither a flight risk nor a threat to the community.

If a defendant cannot afford bail, does not have any assets and has not chance of being released OR, they have the option of working with a bail bond agency such as Afford-a-Bail in Newington, CT. A bail bond is an item offered by a bonding company to the courts that essentially holds them responsible for the person in custody. Once a bondsman gets involved, they become accountable for ensuring that the defendant shows up for his or her hearings. A bond can typically be purchased for a fraction of what bail is set at. For instance, if your bail were set at $2,500, you could purchase a bail bond for around $250. The bonding agency would then pay the remainder of the bond. Working with a bail bond company is the best way to go if you cannot get released OR, as you only have to pay very little for your freedom.

However, keep in mind that a bonding agency is taking a gamble on you, as if you do not show up for your hearings, you lose $250, and they lose $2,500. To prevent this from happening, the bonding agency you work with may keep very close tabs on you to ensure that you do not miss a single court hearing. If they suspect that you are a flight risk, they may ask for some collateral, such as your home, vehicle or other asset.

Getting Bail Money Back

When you take out a bail bond, however, you will not get your money back. As mentioned above, paying for a bond costs a fraction of the cost of actual bail, and the bonding agency assumes most of the risk by paying the remainder of the bail amount on your behalf. The bonding agency will keep what you paid as a fee for their service, and you will be required to pay the court fees. In essence, a bond is an investment in your freedom.

If you believe that you stand a good chance of being found not guilty, posting bail or investing in a bond might be the best route. This is especially true if you hope to keep all of your personal affairs in order, such as work, taking care of your family and any other aspects of your life that may be negatively affected by your being in jail. If you think that you might be found guilty but want to ensure that your family is taken care of before you go, bail can help you do so.

If someone asks you to post bail on their behalf, seriously consider the person’s character before you agree. Have they been charged or convicted of a crime before? Do they routinely skip out on their responsibilities? Are they a flight risk? Or are they a responsible, caring individual who was just in the wrong place at the wrong time? Your money is at stake when you invest in someone else’s freedom, so make sure that the defendant is a stand-up citizen before placing any money down to help them out.

In the end, the only real way to ensure that you get all or some of your bail money back is if you or the defendant shows up to all of their court hearings, including the sentencing hearing if they are found guilty. Once the case is finalized, then the courts can release the money back into your wallet.