The Most Gruesome (and Infamous) Murders in CT 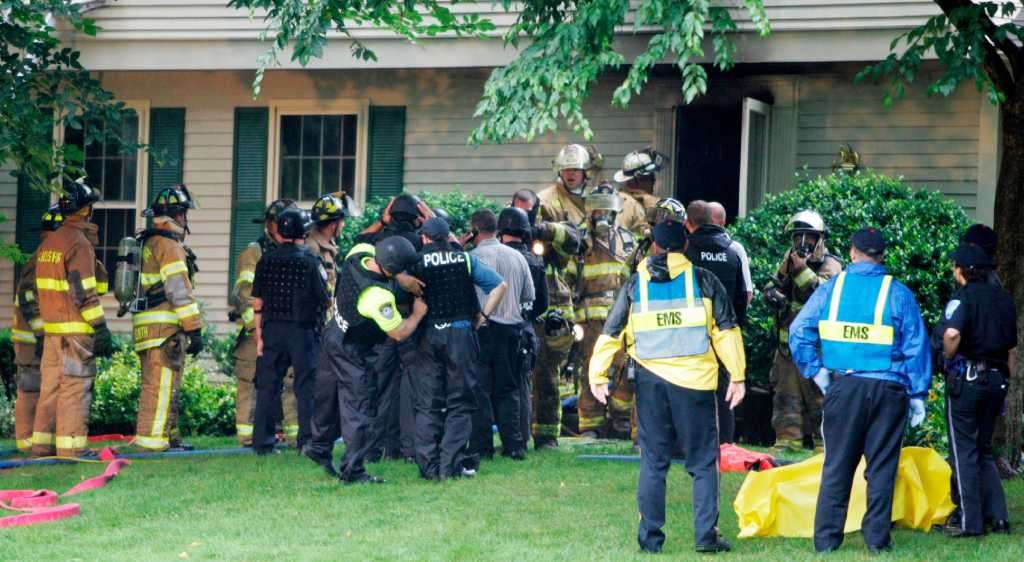 From the outside, Connecticut may seem like a charming little state with scenic docks, numerous museums centered around the state’s rich history and, of course, Yale University. However, looks can be deceiving, and like all states, the Constitution State has a darker side.

Connecticut today boasts some of the scariest haunted houses and attractions of any other state, but that fear may be based in reality, for Connecticut also boasts a history rich with gruesome murders. Though small and seemingly inconsequential to the rest of the union, Connecticut has had some of the most publicized murders in the country. Here are just ten of the most horrific:

On July 22, 2007, Jennifer Hawke-Petit and her two daughters, Hayley, 17, and Michaela, 11, went on what they thought was just another grocery store run. Little did they know that they were being targeted by Joshua Komisarjevsky and Steven Hayes, who followed the women back to their home, left and then returned at 3 am to commit what is undoubtedly one of the most horrific crimes ever reported.

After breaking in, the pair smashed in Dr. William Petit’s head in with a baseball bat and tied him up in the basement. They then tied the two girls to their beds and waited until the banks opened, at which point Hayes drove Hawke-Petit to the bank and forced her to withdraw $15,000. If she didn’t, he told her, her family would be harmed. When they returned to her home, Hayes sexually assaulted Hawke-Petit and then strangled her. Komisarjevsky sexually assaulted Michaela. The two men then poured gasoline all around the house and the two surviving girls and lit the house on first. The three women died, but Dr. Petit managed to escape.

The pair ended up crashing into police cruisers who were already surrounding the house. They were arrested and sentenced to death. However, the state has since abolished capital punishment, and the two men remain in prison for life.

Tyree Smith was 36-years-old when he decided to move back to the Bridgeport to take up residence in his childhood home, which has since been abandoned. It was December of 2011. When he entered the home, he discovered that a homeless man was already living there, but instead of asking him ever so politely to leave, he took an ax and smashed in his face. He then ate his eyes, which he later said, “tasted like oysters.” Once he was through with the eyeballs, he drank some sake to wash down the taste of human organs, and then proceeded to go to the local Subway for a sub. When asked why he did it, he said that “voices” told him to kill and eat a helpless homeless man. Okay. He was found not guilty by reason of insanity and sentenced to 45 years in a state asylum.

The Mother Who Killed Her Husband, Children and Herself

Kelly Silk was just 32-years-old but had already suffered a long history of mental illness. However, though the police were well aware of Silk’s illness, nothing prepared them for what she was to do on June 10, 1999. On that fateful day, Kelly stabbed her husband in their East Harford home and then set the house on fire. She and two of her children died in the fire. However, her 8-year-old daughter managed to escape to a neighbor’s home, where she quickly got help and was able to help save a fourth child, her 6-month-old baby brother. The little boy was sent to a burn unit in Boston and survived.

The 12-Year-Old Who Was Hanged

Hannah Ocuish is believed to have been the youngest person in history to ever have been legally executed in the United States. Born in 1774 in New London, Connecticut, she was an intellectually disabled young girl of Pequot Indian descent. In 1786, she was accused of beating and choking to death a young white girl for stealing strawberries. The young white girl’s rich family pressed charges, and Ocuish was hanged. Before she stepped off the platform, she turned to the sheriff and thanked him for being so nice to her.

The Man Who Murdered His Foster Brother’s Wife, 7 Children and Niece

In what has been dubbed one of the strangest mass murders in Connecticut history, Lorne Acquin, 27, murdered the wife, seven children and niece of his foster brother. In the early hours of July 22, 1977, at around 4:15 am, neighbors awoke to the smell of smoke coming from the Beaudoin family home in Prospect. Soon after firefighters knocked down the door, they discovered eight dead bodies belonging to 29-year-old Cheryl Beaudoin, her seven children—Frederick Allen, 12; Sharon Lee, 10; Debra Ann, 9; Paul Albert, 8; Roderick, 6; Holly Lynn, 5, and Mary Lou, 4—and a 6-year-old family friend, Jennifer Santoro. The father, Frederick Beaudoin Sr., was working third shift at the time of the incident.

Acquin was arrested within hours of the discovery and gave a seven-page written confession. In his confession, he admitted to beating all of his victims with a lug, a wrench and a tire iron. According to his statement, he had been visiting the family at about 7 pm on July 21, left by 8:30, and returned at about 2 or 3 am through an unlocked cellar door.

When Cheryl Beaudoin discovered him in her kitchen, she didn’t seem surprised. He said he needed tools to fix his car, and then asked for a beer. When she turned to the refrigerator to grab one, he hit her over the head with a wrench. He then beat the children with the wrench and a tire iron and molested 10-year-old Sharron Beaudoin. He then poured gasoline over the children and set the house on fire. According to him, he doesn’t remember anything about that night.

In what is probably one of the state’s largest mass murders, Robert Segee started a fire within the confines of the Ringling Brothers and Barnum & Bailey Circus, which had up to 8,700 people in attendance. At the time, no one knew who did it. However, in 1950, six years after the incident, Segee stepped forward and claimed responsibility, stating that a dream about an Indian riding a flaming horse told him to start the fire. The inferno claimed the lives of an estimated 173 people.

In 1986, Hellen Crafts, a flight attendant, was murdered by her husband, Richard Crafts, an airline pilot. Though the murder itself wasn’t so noteworthy, the way in which he disposed of her body was. He used a woodchipper to destroy the evidence, and the case eventually became the first in Connecticut in which a murderer was convicted despite there being no body as evidence.

In August 2010, Omar Thornton was caught stealing beer from the beer distribution company for which he worked. A group of higher-ups called him into an office where they gave him the option of resigning or being fired. He decided that resignation was the best route and signed the necessary papers. He was then escorted off the premises and that was that…or so the company thought. He returned to the building shortly afterwards and proceeded to shoot and kill eight co-workers. While he did eventually shoot himself, he barricaded himself in an office before doing so and called his mother to explain to her that he was going to kill himself. After he got off the phone with her, he told the 911 dispatcher that he did this “because of racism and that [he] wished [he] had killed more people.” Then he took his own life.

Easily the worst mass murder in Connecticut history, Sandy Hook will forever be remembered as one of our nation’s greatest tragedies. On the morning of December 14, 2012, a 20-year-old monster walked into the elementary school and shot and killed 20 children and six adults. Before he headed to the school, however, he murdered his own mother while she was still in bed. Before he could be caught and forced to face the consequences of his actions, he shot himself in the head. Sandy Hook Elementary is the second deadliest school shooting in the history of America, falling right behind Virginia Tech, in which Seung-Hui Cho killed 32 people and injured 17 more.

Connecticut certainly does have its perks, but it also has a dark history, one that residents may try to hide but will never be able to truly forget.