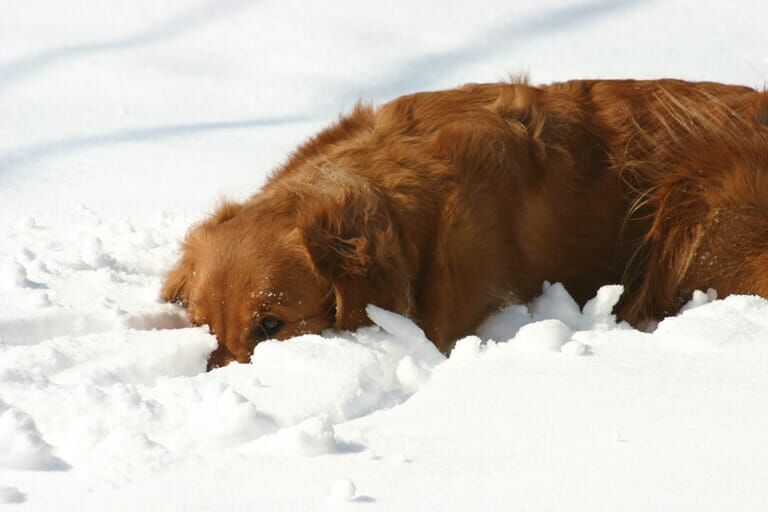 Dogs are beautiful and compassionate creatures. When you think of dogs, you would always imagine their overly excited reactions when they see their owners. They are made to keep us from being lonely. They are there to guard us at home. However, in this news article from Connecticut, one dog wasn’t so lucky.

The Frozen Dog In Connecticut

In Hartford, Connecticut, a woman was recently arrested because she intentionally left their dog outside their home. The weather was excruciatingly cold and the dog was left outside. The news report said that the dog’s body had frozen solid. Its vital organs had subsequently shut down because it couldn’t stand the cold. The dog had also shown clear signs of neglect. It’s not clear how long the dog had suffered under the hands of its owners. However, the Police assumed that it had been left alone outside for a month.

It was reported that the dog was initially kept in the basement. When one of the pipe had burst, the owner decided to move the dog outside. When Police came in to warrant her arrest, the owner was not home. Finally, she was brought to justice and was taken into custody. The police handling the case also intimated that if only the dog was found early enough to be saved and rescued, it would have still been saved.

In the interest of fairness, it should be noted here that the 51-year-old owner of the dead dog, Michelle Bennet, is now in detention but has been given a $2,500 bond. The police also presented the possibility that if it wasn’t for the concerned neighbor who reported the issue to the Hartford police, the tragedy would have been longer. If it weren’t for the concerned citizen, there would not have been justice for the dog.

Another thing we can state here is the astonishing fact that Hartford Animal Shelter partnered with Hartford Police Department responded to the issue. Public opinion would normally agree that this government office should get a reward and extra benefits. For now, no official statement about rewards was released. It is only the wish of the public that they get to enjoy extra perks for their response.

Read another article: The Most Infamous Murders of Connecticut.