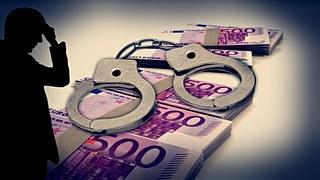 The effects of violence on any community can be devastating, but in a community, such as Orange, CT area, already plagued with high crime rates, a community can become crippled. Reports, such as the recent senseless shooting of 48-year-old Mary Townsend, are not few and far between for a city such as New Haven. Sadly enough, even though this town is the second most populated city in Connecticut with just over 129,779 people, and includes one of the top universities in the country (Yale), it still ranks as the second most violent city in all of the United States.

However, even though stats are high, police are doing their best to curb violence, by working with local, state and even national authorities to find and arrest gangs, as well as those carrying illegal substances and firearms.

Bridgeport’s Police Chief said he was “furious with his city’s ranking” as Connecticut’s second most violent city and the nation’s fourth. He continued to say that studies like this “don’t dignify a response” and “Yet, here we are again. A string of these junk studies come out every year even though the FBI implores people against it because they are overly simplistic and utterly misleading.” However, he does hope that people will look at the city’s positive aspects instead of focusing on the bad.

Regardless whether or not you are in agreeance with this particular point of view, the stats are astounding. 15 murders per every 100,000 people is too many.

Why the Rise in the need for bail bonds in New Haven?

The FBI points to the increase in small town gangs as much of the reason for an increase in bail bonds needs over the last 3 or 4 years. According to newspaper reports there are as many as 15 gangs in a city with the size of only 144,229 (Bridgeport). Five police departments have been hired to keep watch over this city. While gangs in Bridgeport are built more to participate in robberies, gangs in Hartford have a different agenda. Police in Hartford report that recruitment is at an all time high.  New Haven also has a gang problem, but here the police are trying to intervene to stop the violence. They are pulling gang members off the street and attempting to persuade them to stop violence within their sphere of influence.

According to FBI sources, stats are skewed for a number of reasons, the primary being that the city could be spread throughout a number of suburban areas and stretch far beyond the inner city where gang related violence is most prevalent. This can significantly skew stats, because the inner city could be riddled with violence while suburbs make up very little of these numbers, but still contribute to the overall population.

How Police Work is Helping

Police are pulling violent criminals and gang members off the street in a program called Project Longevity, which allows social  workers and police officers to work directly with criminals for an extended period of time, as mentors, to help them turn their lives around. Specific treatment is also made available for those willing to go through a program.

Project Longevity is loosely modeled after a successful program that was first run in Chicago, and Cincinnati and brings gang members face to face with police and social workers who help them get help so that they can be brought back into a functioning, non-violent society.  The social workers can also provide assistance with education, housing, mental health, employment, and other social needs. Fortunately, this initiative launched in 2014, seems to be working, at least in Bridgeport.  79 offenders or possible offenders between the ages of 17 and 34 have been reached out to and invited to attend meeting with police officers and social workers.

These meetings focus on consequences of their violent behaviors and help these people find jobs.  Stats from last years homicide units point to the fact that there were less than 100 murders in the state capital city of Hartford, which is the lowest the city has seen in more than 10 years and that violent crimes are finally on a downward trend.

To get help in New Haven area, call our bail bondsman!